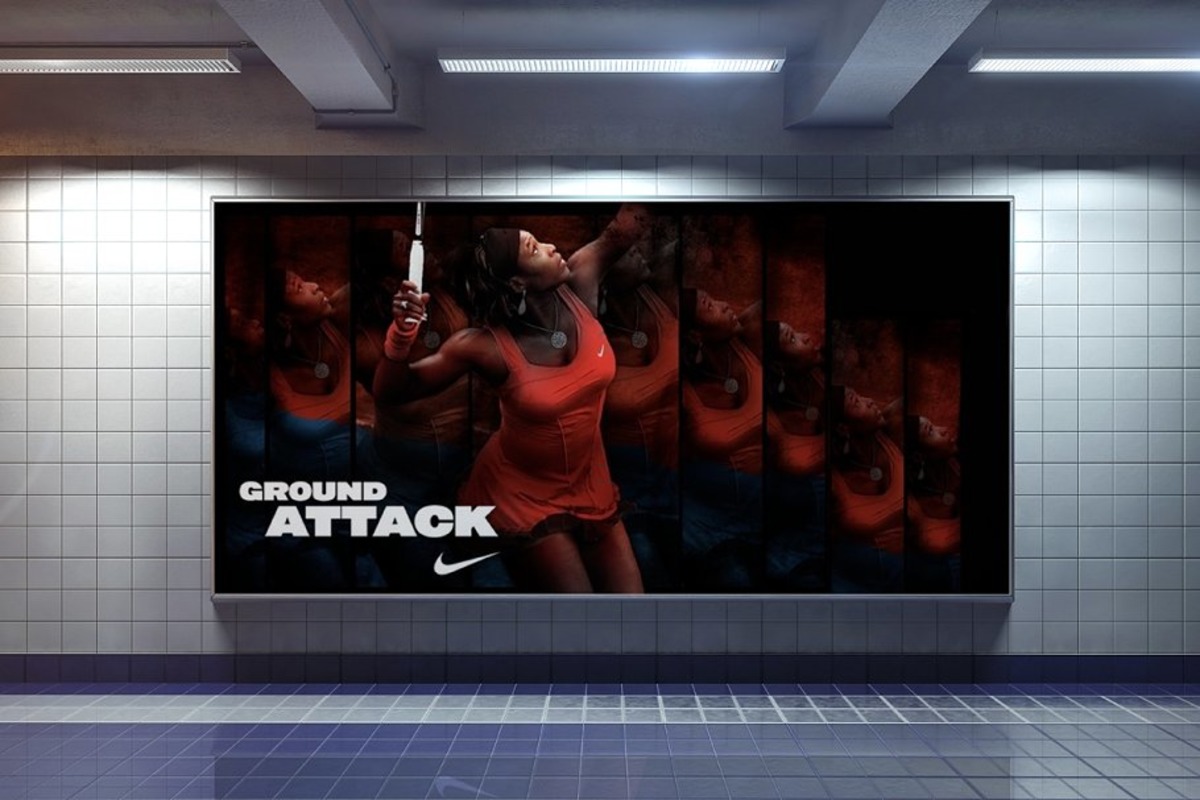 This is an eye-catchy poster design available in PSD format. With this mockup, you can easily design a subway poster advertising board. And with such a poster, you can grab and retain the attention of passers-by 24/7. Without investing too much money, you can advertise your brand, products or services in a professional way. Here in this mockup, you get 4 PSD files. All main layers are converted into smart objects. Editing the layout is really easy, thanks to the smart objects. Get this mockup now and customize it to create your subway poster design easily. 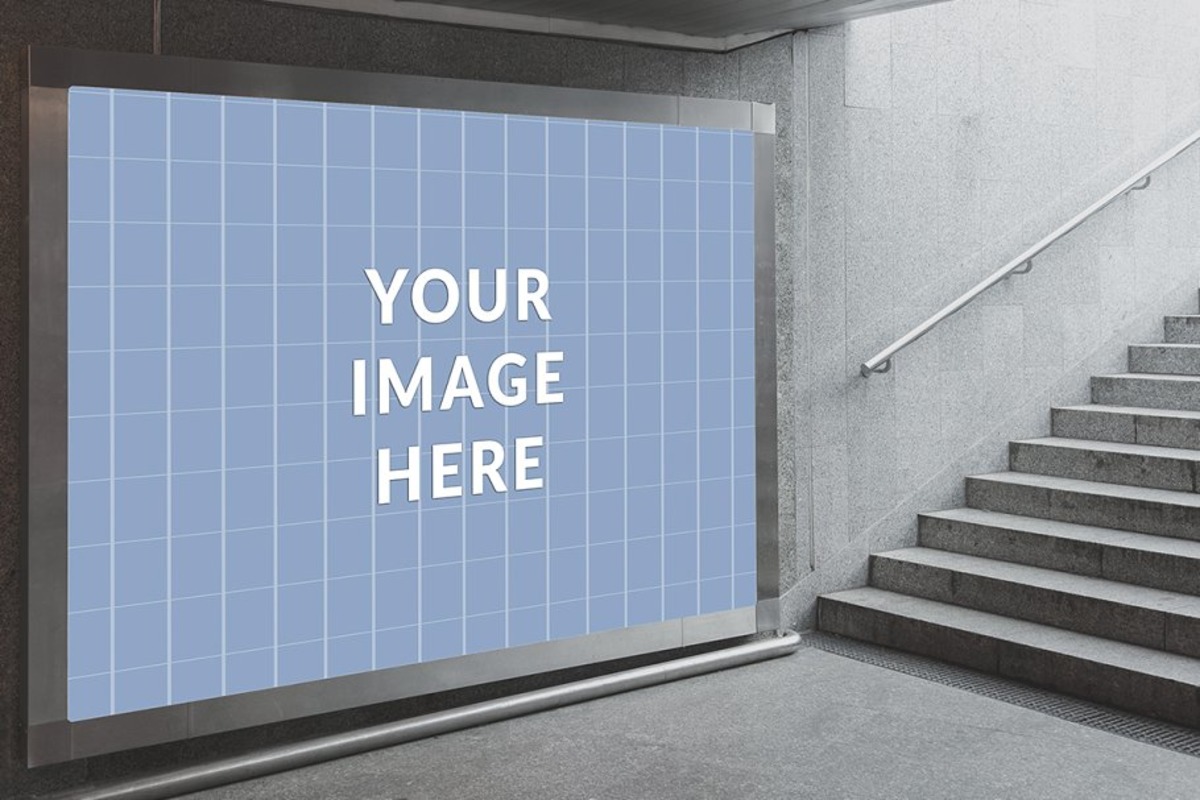 Metro advertising is useful when a company wants to grab the attention of a wide range of consumers. Underground metro advertising is perfect for providing information about products and services. Going down in the subway, a person involuntarily looks through the ads and remembers them. With this billboard underground metro PSD mockup, you can easily design a subway billboard advertising. It includes 9 different HQ presentations, having high quality and resolutions. 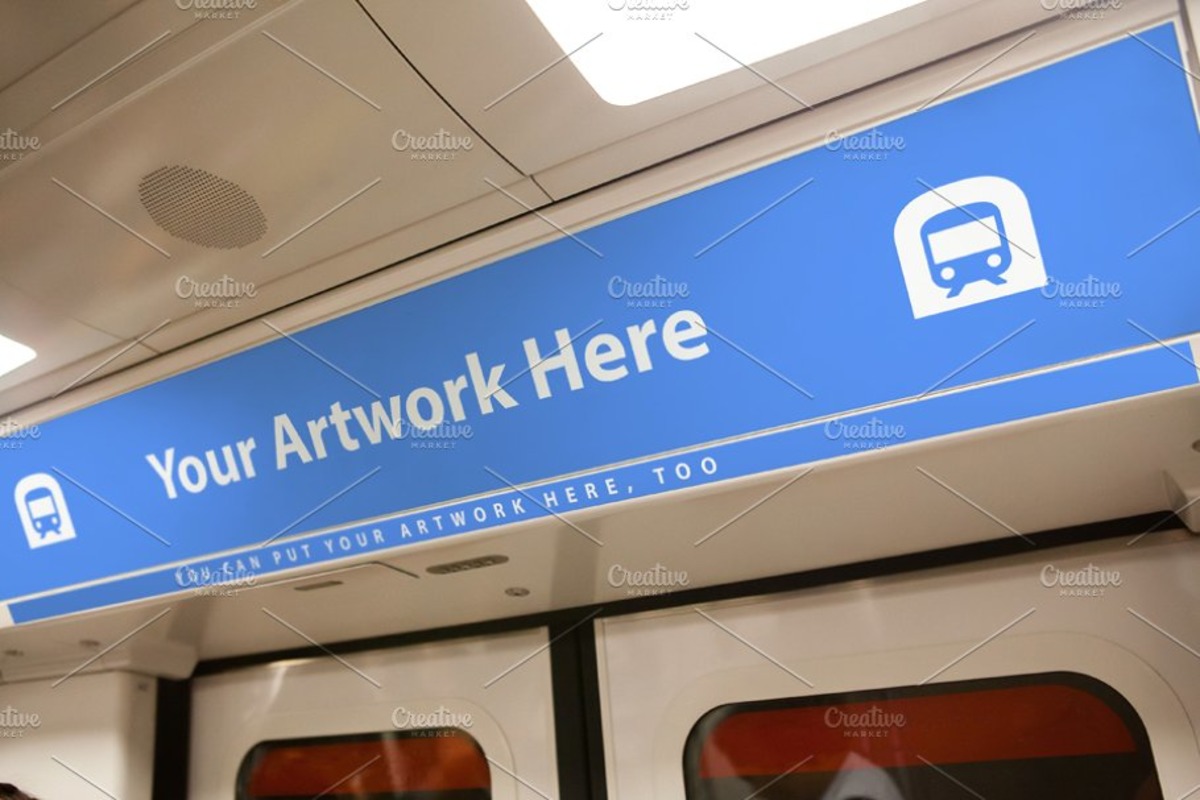 Do you want to make your subway advertising design stand out? Then use this high-quality subway advertising PSD mockup. It is easy to edit. You can place your designs into this subway ad layout and give it a realistic look. The mockup includes 1 high-resolution PSD file. You can just click the smart objects and replace the design with your artwork. Hit save and your job is done. 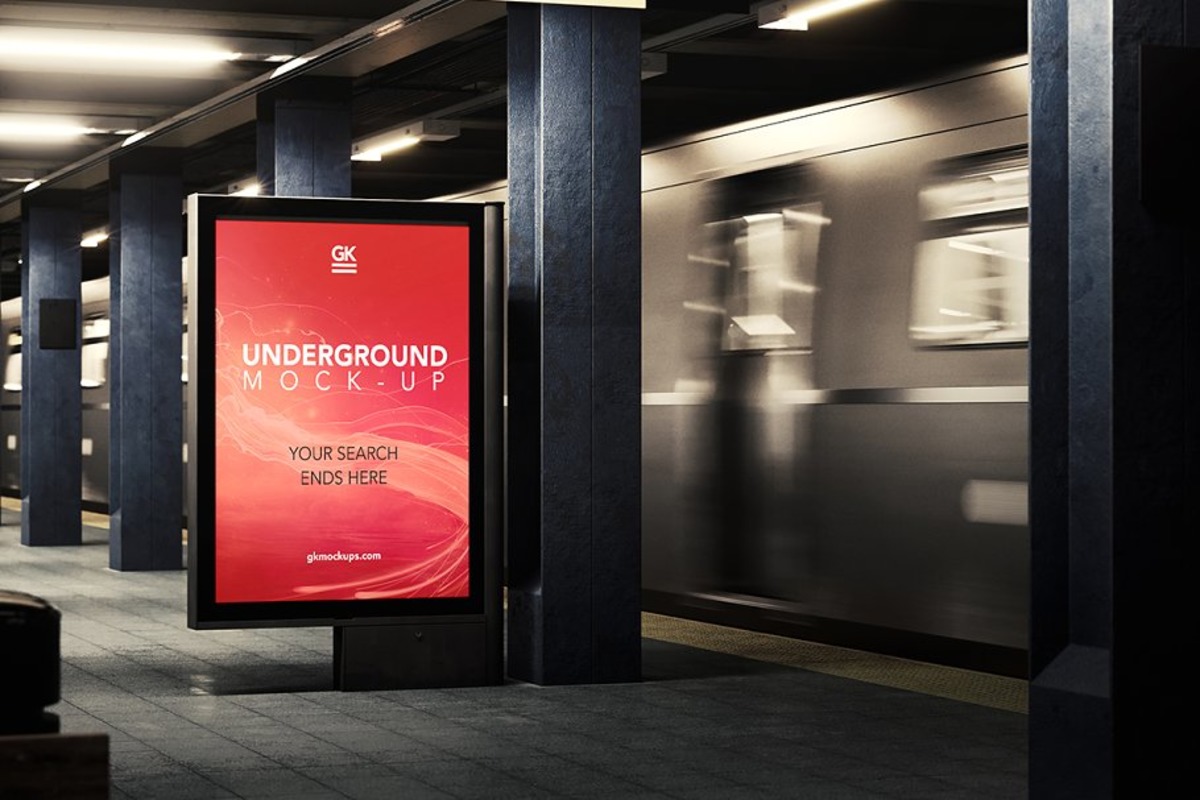 3D advertising gives an unparalleled visual effect, realistic feel, and good customer engagement. Furthermore, it is cost-effective as well. So, if you are looking for the best way to design 3D outdoor advertising for your brand, use this 3D underground subway billboard PSD mockup. It includes 10 high-resolution PSD files and 3 animated views. You can easily edit the layout and place your design work, thanks to its smart objects. Go through the illustrated guide that comes with this mockup set if you find any difficulty using it. 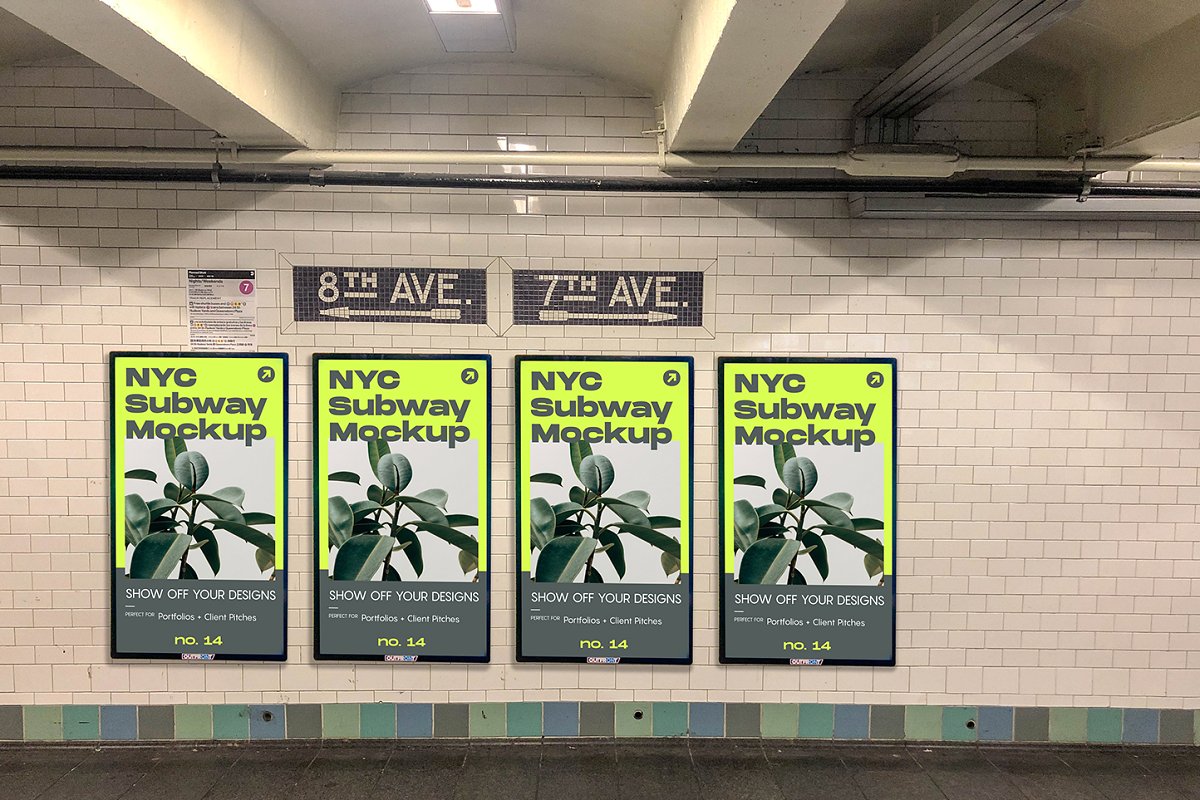 Use this subway advertisement billboard mockup to showcase your design or client’s products. Equipped with smart objects in the Photoshop file, the mockup allows you to place your artwork into the smart object and get personalized billboard design in no time. The editable elements in this file are the main billboard image, billboard frame shadows, and billboard highlights. Simply drag and drop your design into the template and create an impressive photorealistic advertisement. You can use this for your online portfolio, social networks, and client presentation. 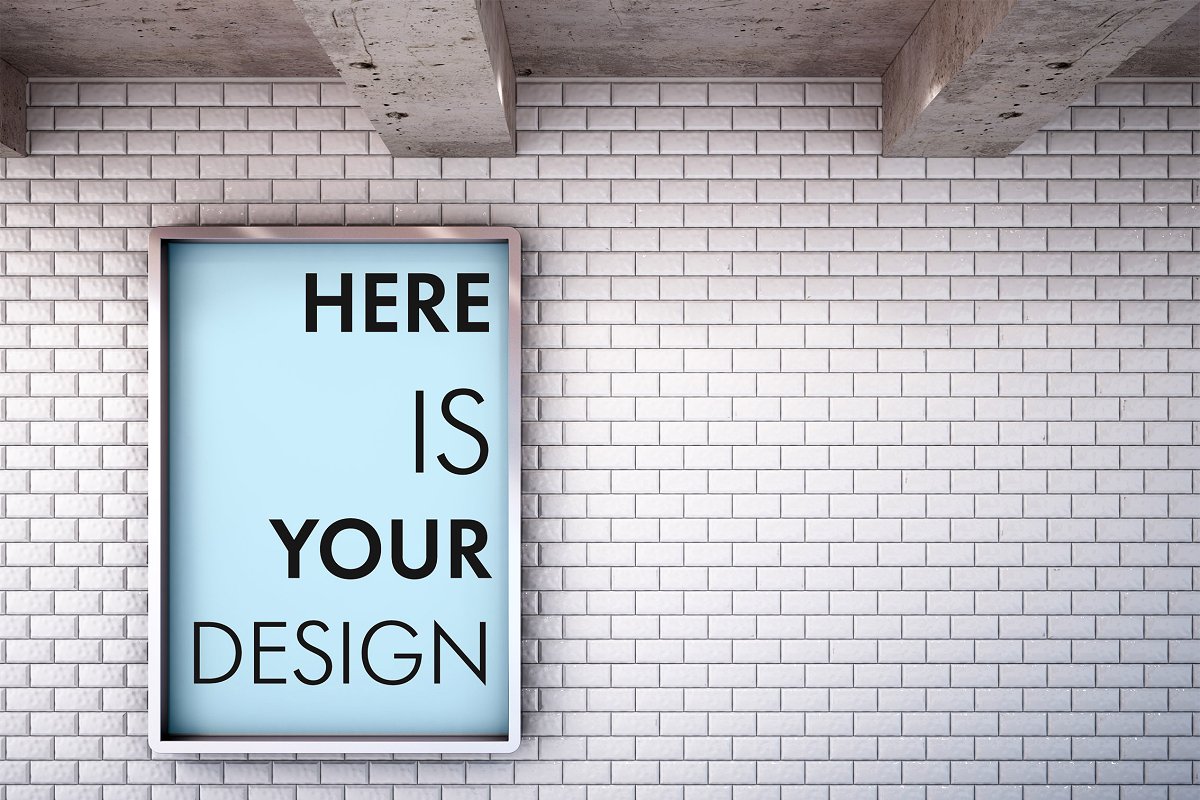 This is another subway billboard PSD mockup that has simple layout design. It includes 6 PSD files, each having customized smart objects. You can place your designs into smart objects and get your personalized advertisement design. Also, you can change the background color and opacity, or remove it. The set includes billboards both in vertical and horizontal positions with front and perspective views. With this mockup, you can design a single billboard or a set of two or three billboards for a subway advertisement. 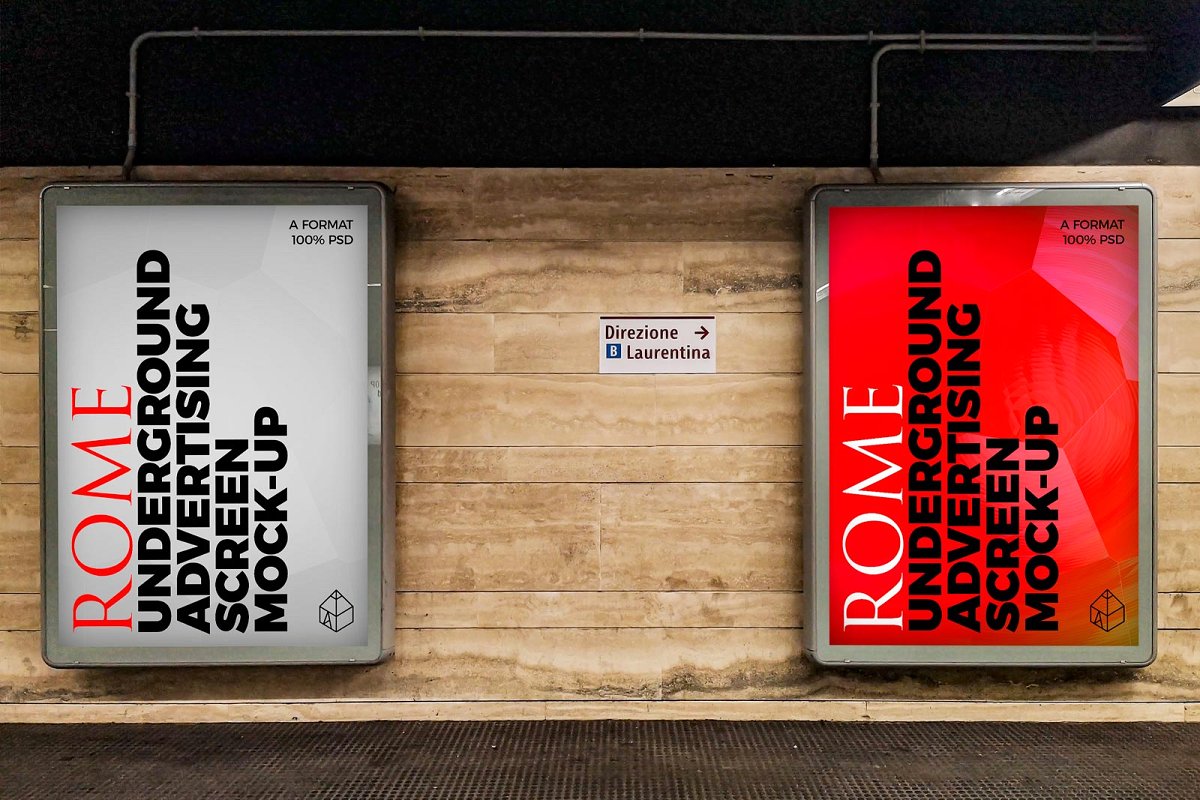 This is a set if 5 underground ad screen PSD mockups, useful for showcasing your advertisement on a poster with realistic effects. The PSD file is fully layered and has a smart object feature that makes the customization process quick and hassle-free. If you already have your poster advertisement design ready, just replace the current design of the layout with your artwork using smart objects. In just a few clicks you will get the final result that can never make you feel spellbound. There is also a help file included in this set. 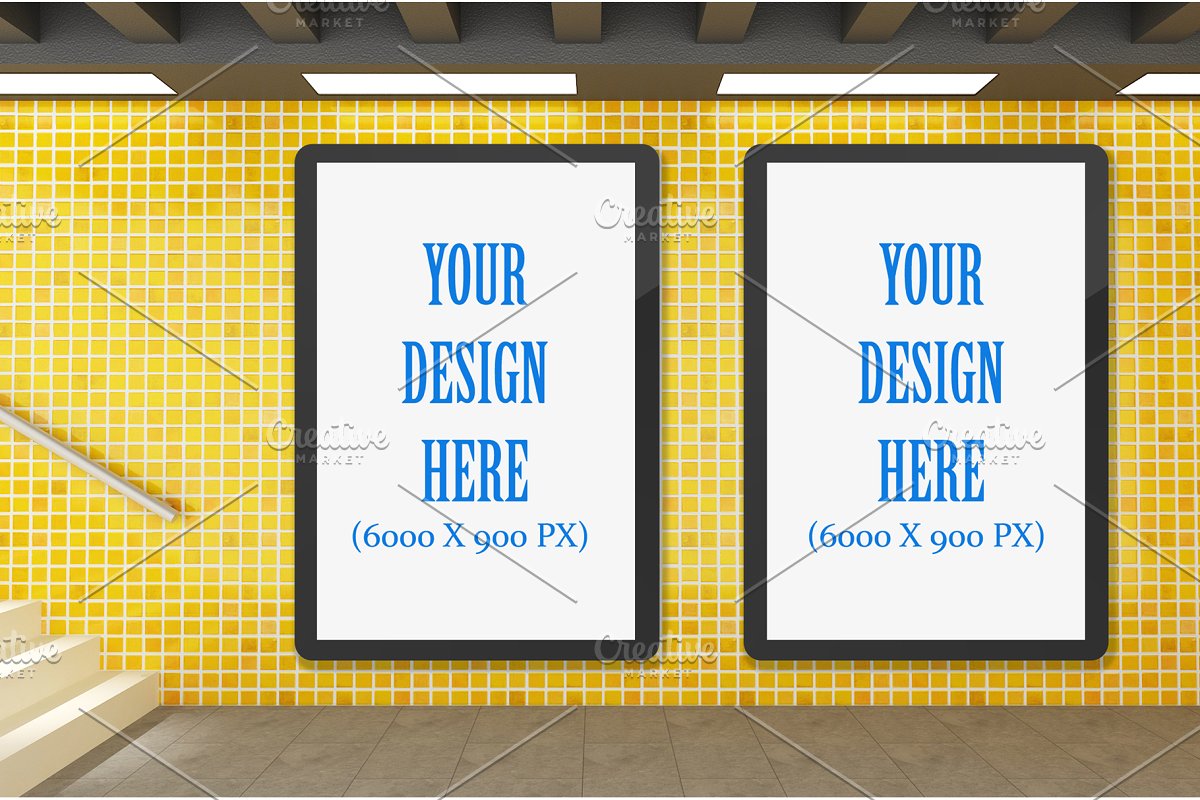 Subway advertising never fails to grab the attention of a wide range of audience with minimum investment. With this set of subway billboard advertising mockups, you can easily create such a perfect subway advertisement on a billboard that can gran and retain a captive audience easily. In this set, you will find 3 Photoshop files and 3 JPEGS, showcasing 3 advertising board arrangements. You can add designs via smart object layers in Photoshop files. Billboard Connection can help your brand with everything you need for a successful Out-of-Home Advertising campaign. So use this set of subway advertising mockups and have a preview of how your ad would look on a subway billboard. 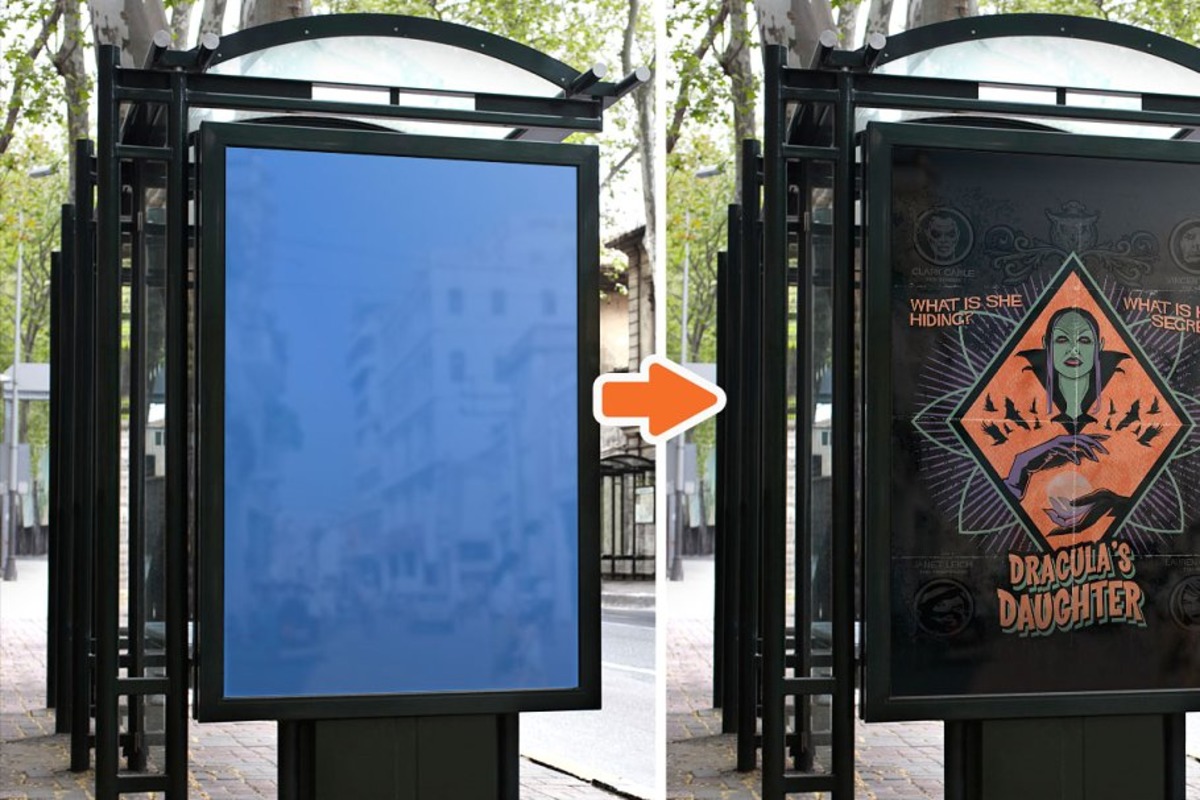 Subway advertising in metropolitan cities has a great impact at high-profile locations. With a large colorful advertisement you can draw the attention of daily commuters. This form of advertising offers unparalleled reach and frequency to some of the most intelligent, savvy and affluent consumers.  Also, it provides exceptional value and provides the perfect medium to communicate to a captive audience. So, if you want to create such an impact wit your ad deign, use this city advertising mockup template. It includes 4 PSD files, including a Bus Stop Ad, a Bus Wrap Ad, a Billboard, and a Subway Ad. The smart objects enabled mockup templates help you edit the whole thing with just a few clicks. Your art will automatically adopt the correct perspective, lighting, shadows, etc. 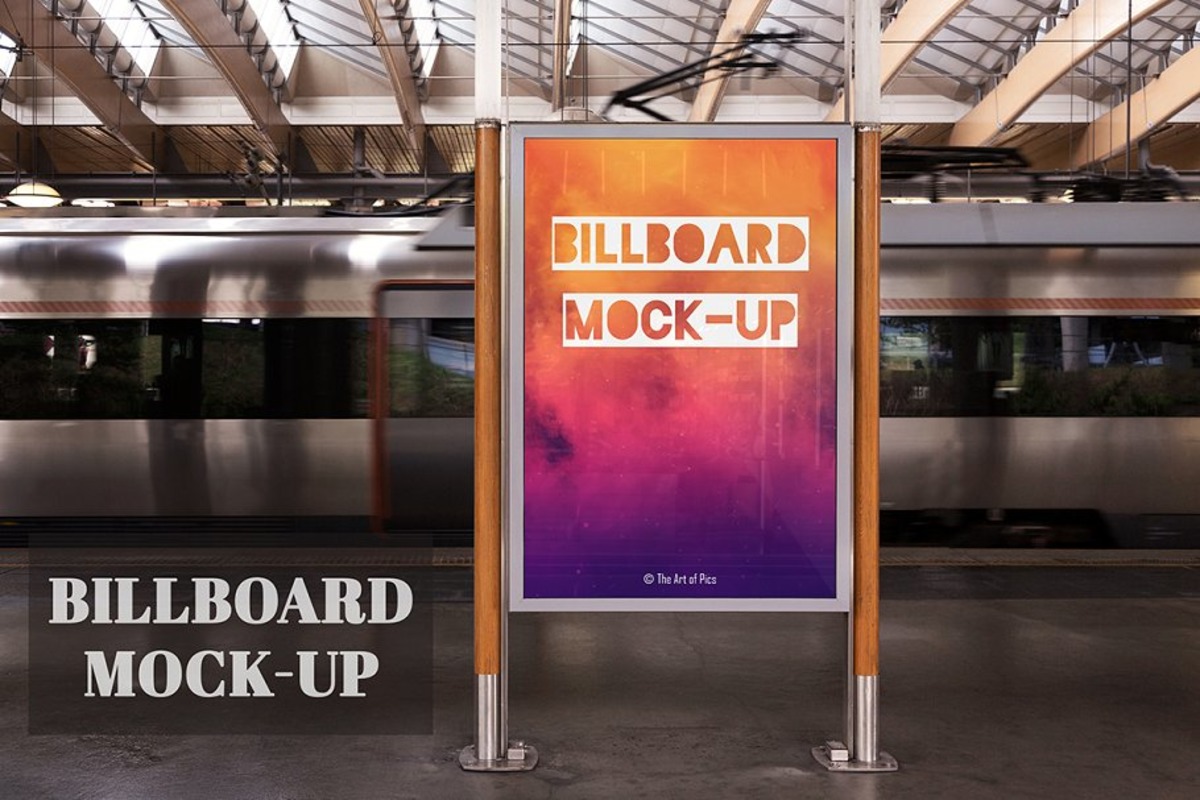 This billboard PSD mockup can help you showcase your design projects and impress your clients and investors easily. Use this mockup to enhance your presentations and show your audience what your design looks like, save time and make your workflow efficient. The mockup includes a high-quality layered PSD file. It has photorealistic effects. Thanks to its smart object feature, you can edit the entire layout in a breeze. 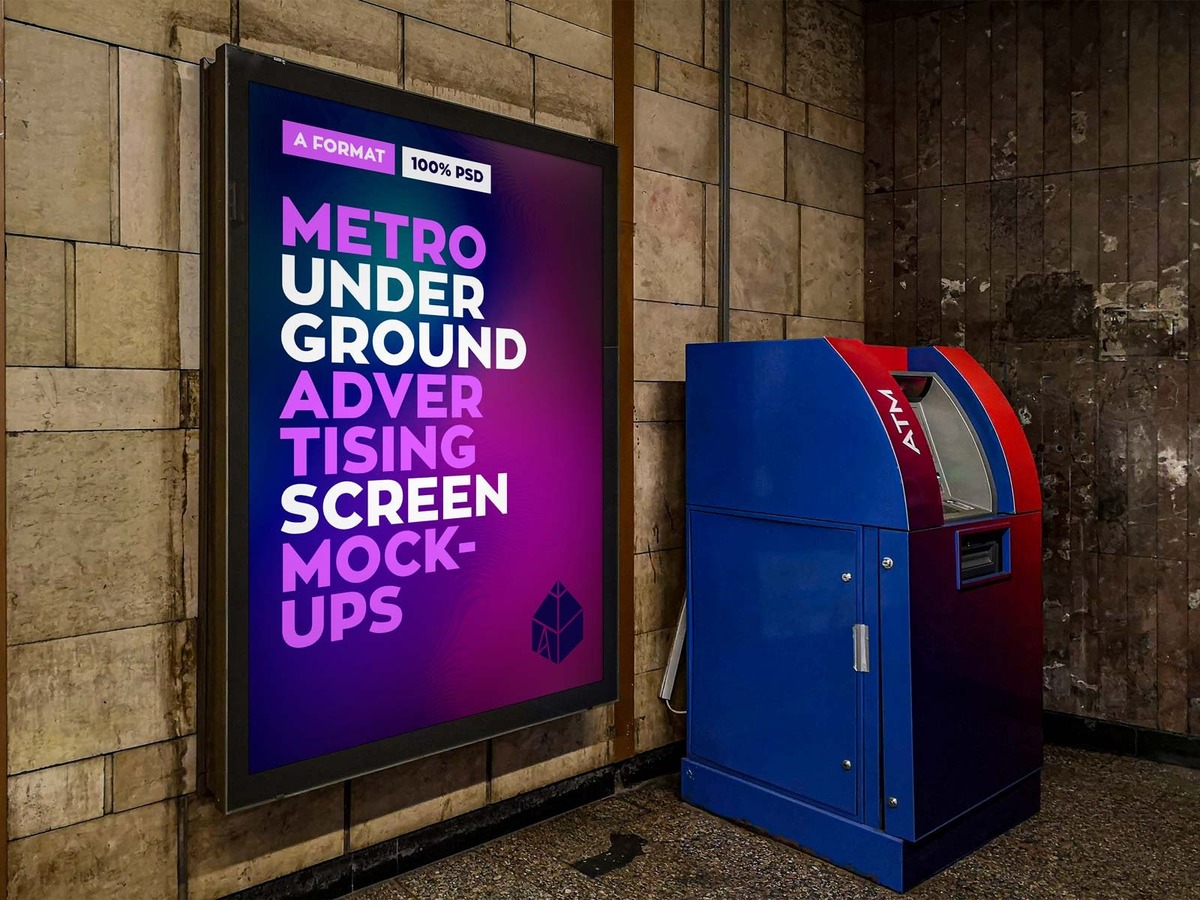 This is a set of 5 metro underground advertising screen mockups. It is ideal for showcasing a poster advertisement with photorealistic effects. The fully layered PSD files with smart object features make the editing process quick and easy. Use this mockup set to create flawless metro advertisement designs for online portfolio and social platforms. 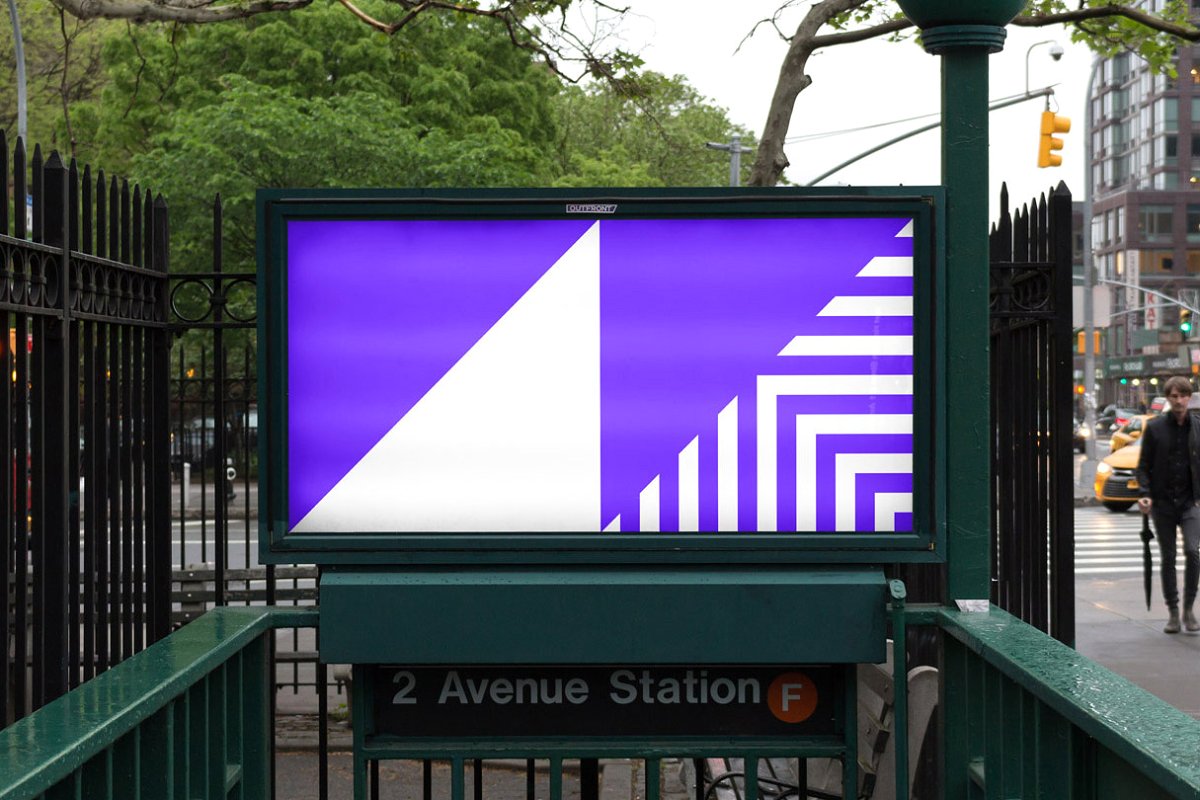 The entrance of a subway is an ideal place for putting an advertisement billboard if you want to grab the attention of a captive audience. Countless people use subways on a daily basis. And while entering a subway, if there is an ad, it will be difficult for people to ignore that. Use this subway entrance Billboard PSD mockup. With this, you can have a virtual look at how your ad will look on a billboard placed at a subway entrance. The mockup here has a detailed design, producing visuals that are true to life so that designers can focus more on design and less on template creation. 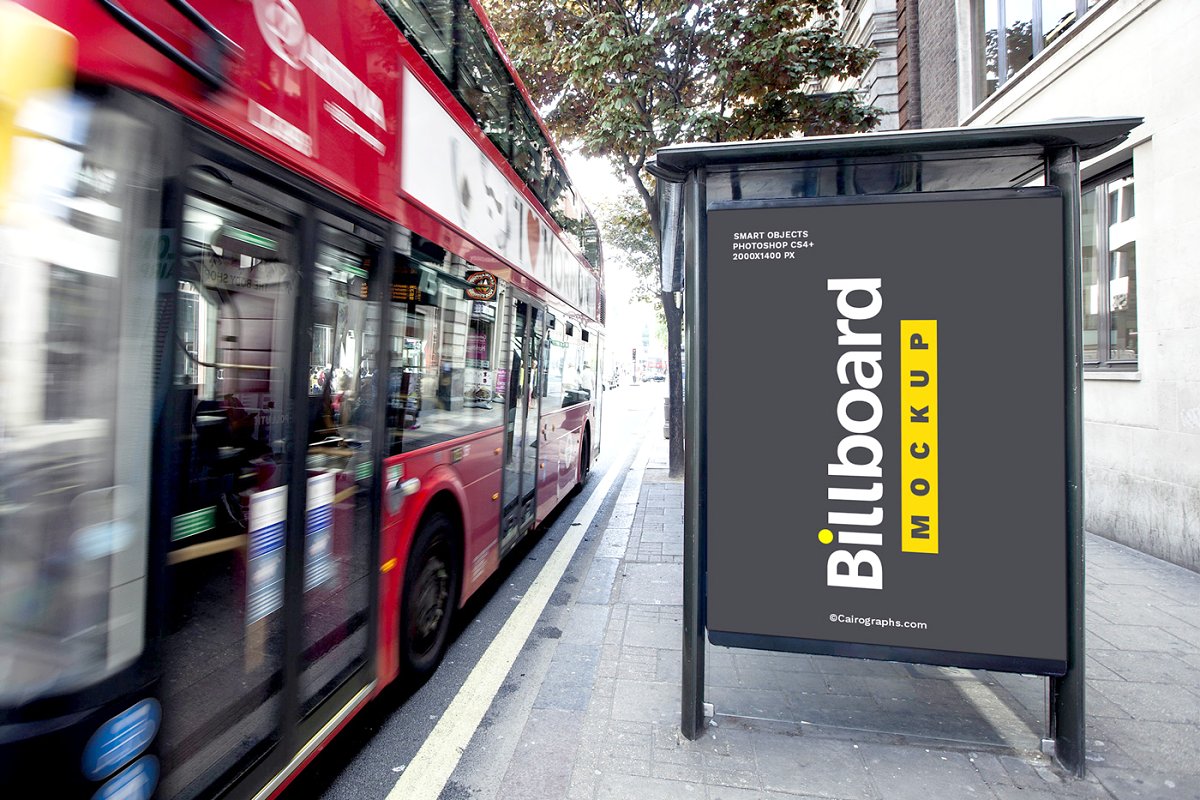 This set of billboard mockups is useful for designing billboards for subway ads and bus stop ads. It includes 10 high-resolution PSD files, all are equally easy to edit. The smart objects of the templates make the editing process easy. You can place your designs and texts into the smart objects and get your presentation of billboard advertising ready. The entire process takes a very minimum amount of time. The final result can impress you every time you use it. 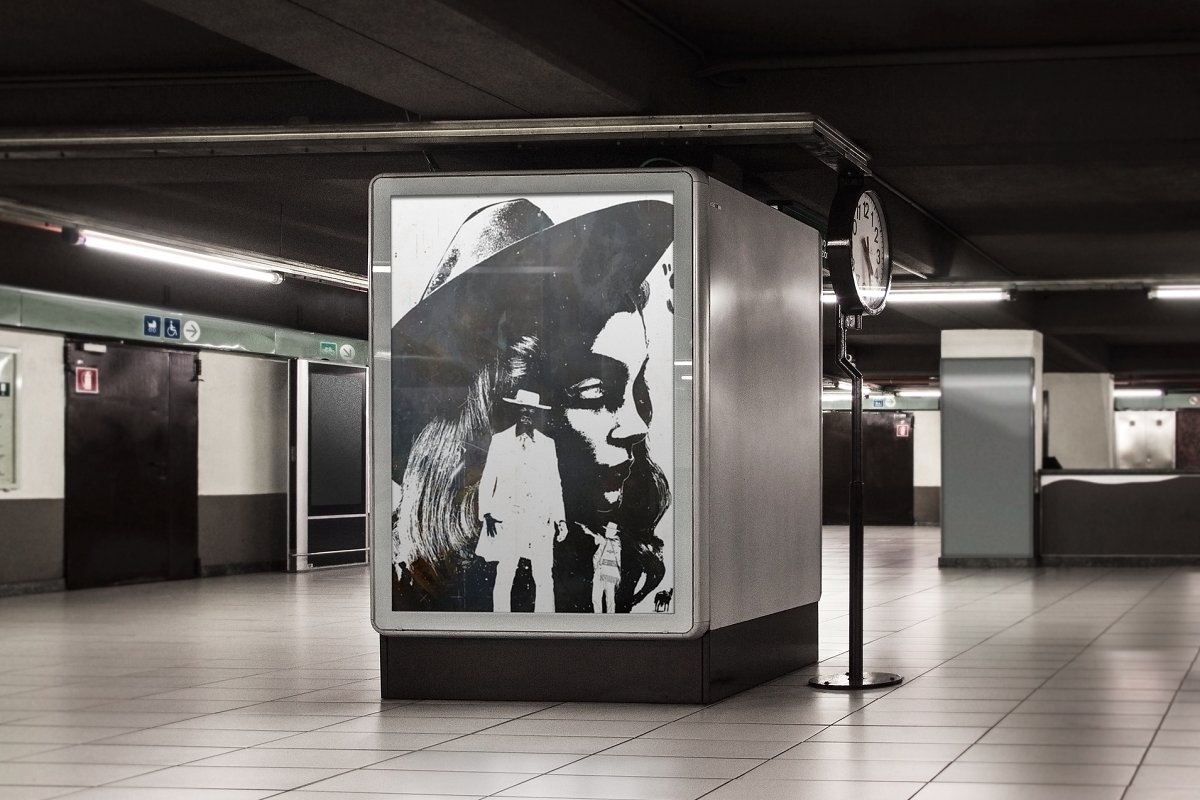 This is a multipurpose subway mockup. With this mockup, you can design posters, billboards, roll-ups, wall art, and Mupi easily. In every way, this mockup will give you a fantastic result. Get this advertising mockup now and give a realistic look to your designs. You can create ads for subways, parks, streets, and bus and train stations in seconds with this mockup. And all the work is possible without even spending extra time taking actual photographs of all these places.