Local Brings Back Support for Apache and Site Cloning

Local Brings Back Support for Apache and Site Cloning

Flywheel’s Local development app has received several major updates during the past month. The most recent release brings back support for Apache as a web server choice (version 5.5.1), in response to user feedback. This was the most highly requested feature on the app’s community voting board.

Although nginx is the leader in web server market share for the top 10k, top 100k, and top 1M sites, Apache is still used by more of the web. Lack of support for Apache was a deal breaker for many Local users who support clients on shared hosting, which often runs Apache and MySQL. It was also a blocker for potential new users switching from MAMP. Having the option to choose the web server on a per-site basis makes Local much more flexible. 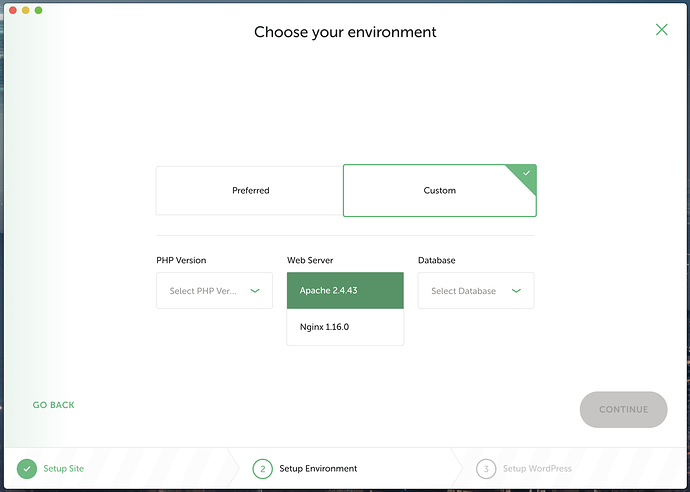 Site cloning is another highly requested feature that was brought back in version 5.3.3 at the end of April. Users can now right-click on a site in Local’s sites sidebar and click on “Clone Site.” This feature is useful for using one site as a jumping off point or even for setting up a “blueprint” for future sites to use.

Flywheel is gradually adding back a list of features after rebuilding Local’s core architecture in 2019. The “Local Lightning” update moved the app away from virtualization in favor of native, system-level software for running WordPress locally.

“Feature parity with Local Classic is the top item for us in our Q2 roadmap,” Local creator Clay Griffiths said. So far his team has already brought back 64-bit PHP binaries for Windows, site cloning, and Apache support as part of this process.

The app has become an indispensable development tool for many WordPress developers. In February, WP Engine reported that Local is used by more than 50,000 developers. The company has a long-term roadmap that aims to make it easier for users to customize their development environments.

Local has a fairly transparent development process with community feature requests highly prioritized. The app’s community feedback site gives users an overview of all the features that are currently planned, in progress, and complete. Updates currently in progress include a setting for a default browser and improvements to the Live Link feature. The team is also exploring a Local CLI as part of the Q2 roadmap.