Fighting the Stay-At-Home Boredom: Time to Create Rather Than Consume

Fighting the Stay-At-Home Boredom: Time to Create Rather Than Consume 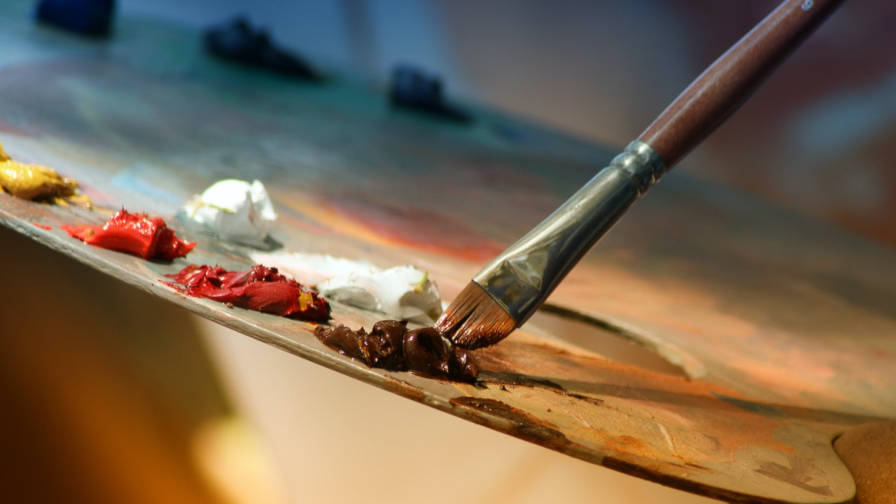 A common theme among my friend groups is the utter boredom of being under stay-at-home orders during the COVID-19 pandemic. Part of me wants to tell folks that there has never been a greater time in human history to find something to do at home. There is a plethora of content available at the touch of a finger or even voice command.

We have built a system, the web, that provides education, entertainment, and art at near-instantaneous speeds. Our WordPress community is a large part of that human endeavor.

Perhaps the problem lies with our consumerist culture. With large social media networks effectively taking over the web, the trend seems to suggest that people spend their free time glued to their mobile devices, consuming content created by others. Now that many are home full time, it is easy to grow tired of consuming content that would normally be reserved for free time at all hours of the day.

When asking what the elders in my family did in their free time decades ago, before modern technological advances, I noticed a different trend. They created music. On my grandmother’s side of the family, that musicality in our genes produced Hank Williams. On my grandfather’s side, we had The Tadlock Quartet, a little-known gospel group. If our family had a motto, it would be: if you don’t sing or play an instrument, you are not a Tadlock.

I have an uncle who is a painter and magician. Some of my cousins are in a band. My sister creates vases, tabletops, and other pieces out of broken glass when she’s not chasing her two-year-old. My father is a singer, songwriter, and multi-instrument musician. I could go on listing the art that my family creates.

Maybe I was fortunate to grow up in an artistic environment. That artistry has never been about fame and fortune. Most of my family will never reach stardom. However, we continue creating because it is simply a part of who we are.

I also reminisce over my childhood years. I grew up in a lower-middle-class household. We did not have the luxury of the internet. We could not afford cable or satellite television. The only channels on the tube were 8, 12, 20, and sometimes 32. It was the era of the Saturday morning cartoon block, which I gladly awoke to every weekend with my off-brand cereal.

Like many kids of my generation, I had a video game console and a handful of games. But, there are only so many times you can play through The Legend of Zelda: Ocarina of Time before finding something else to do.

Most of my childhood was spent creating things. I ran several issues of a homemade video game magazine, painstakingly drawing all the artwork by hand. Fortunately, my uncle had a printer and scanner so that I could make copies. I wrote short stories, crafted screenplays, and filmed movies on a borrowed camcorder. I built tree forts that probably would not have passed any level of building safety codes, but my friends and I survived.

I had about a three-year stint in the mid-’90s in which I fashioned myself a songwriter, following in my father’s footsteps (he has never sold a song but continues writing music to this day). I do not think I wrote anything other than love songs. What else would a 12-year-old boy write about? My only experience with love was a peck on the cheek from a previous girlfriend. Despite my naivete in matters of the heart, the human soul knows what it needs, and I expressed that through lyrics in the style of whatever boyband was popular in the given month. My music was not Grammy-worthy material, but it was deeply human.

As I grew into adulthood, I did not stop creating. My journey into the world of WordPress began only because I wanted to share my writing. Eventually, I learned to create a new type of art: WordPress plugins and themes.

Over my near-15 years of working with WordPress, my primary interest became more about building things that would help others to create. Even today, as a writer for the Tavern, my hope is to spark discussions and response articles that others create on their own blogs. This should never be a one-way discussion.

Like many others, I recently found myself in a position with “nothing to do.” For the previous several months, I had been working on a plugin development book during my free time. Suddenly, I found myself with an empty calendar for an entire weekend. No social gatherings. No book chapters due. That meant putting my artist hat firmly back on my head. It was time to enjoy the act of creation for the sake of it, which led to a new plugin.

It felt good to once again create something with no expectations. I was not getting paid to build this project. I wanted neither fame nor fortune. What I needed was a moment to express an idea.

The act of creating art is a primal part of our nature. The plugin was my modern-day equivalent of sitting around the campfire and crafting a story of slaying a great beast that happened upon the village.

I am a firm believer that every human has the capacity to create some form of artwork. A novel. A dance. A song. I have seen farmers with gardens so well-tended they would make you weep. I have watched a man with an intellectual disability hand-build intricate birdhouses. I have sat in astonishment, listening as a friend’s mother put together an entire piano arrangement after hearing a song only once.

For the same reason, I am proud to be a part of the WordPress community. I am surrounded by artists in their own right daily. We create software that allows others to share their creations.

When someone tells me they are bored during this social quarantine, I break out my speech about using this moment to create something. Anything. It does not need to have value to others. It should simply be an expression of one’s self. If they follow through, I give them a speech about building a site with WordPress to share what they have built.

No, now is not the time for boredom. It should be a time of pure creation.

Create a shop with WooCommerce for those handcrafted items you have been wanting to build for years. Build up your inventory right now so that it is ready to ship after the pandemic has passed. Write an e-book and sell it via Easy Digital Downloads. Start a local fundraising effort to help those in need in your neighborhood with the Give WP plugin. Create a new forum with bbPress on your favorite TV series or some other topic that piques your interest. Start a regular ol’ WordPress blog and share your thoughts during this time.

Use this brief moment in history to create something new. Whether it is a side hustle, a new business, or poetry, just create. Then, of course, share it via your WordPress website.