On May 15th, 2020, a SQL injection vulnerability for the Photo Gallery plugin by 10Web (with 300k+ active installations) was published by a researcher at Sun* Cyber Security Research. Not soon after this, we noticed an increase in SQL injection attacks against WordPress sites. 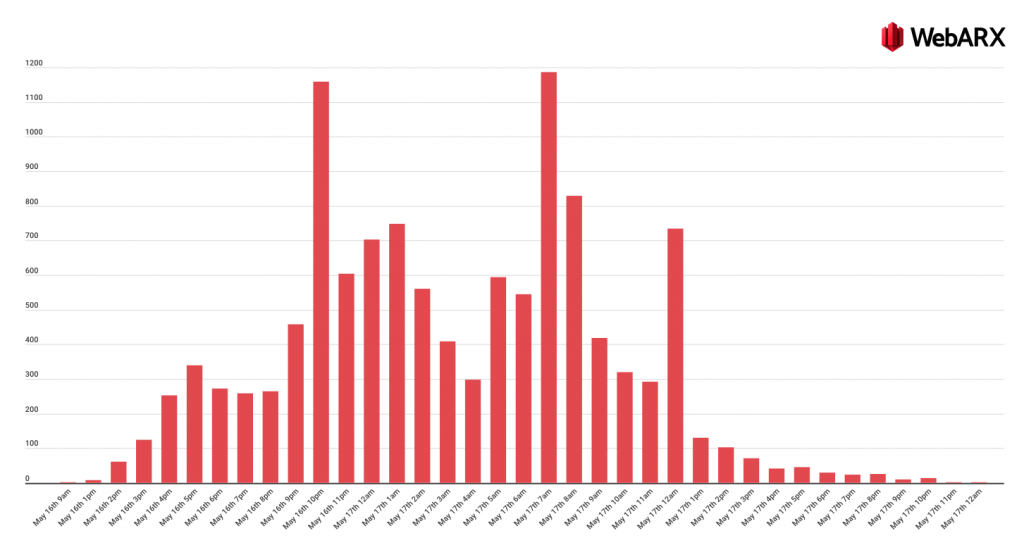 Attack data of the Photo Gallery by 10Web from WebARX

Analysis Of The Attack

After an analysis, it seems that a malicious user is attempting to find sites that have a vulnerable version of this plugin installed. We found the POST payload below being sent 19 000 times against WordPress sites over a period of roughly 36 hours.

This payload seems to perform a basic UNION SQL injection attack which will attempt to inject different data into the result set of the query which the malicious user can use to determine if a vulnerable version of the plugin is, in fact, running on the site.

Analysis Of The Plugin

In this file, there is a function called get_image_rows_data which uses the bwg_search_* parameter. From the payload used by the malicious user, we can see that it is in fact where the issue resides. Data from the user-provided bwg_search_* parameter was used directly in the SQL query which caused this SQL injection vulnerability to exist.

If we take a look at the differences between version 1.5.54 and 1.5.55 of the plugin here, you can see that the patched version contains the usage of the $wpdb->prepare function which mitigates the vulnerability.